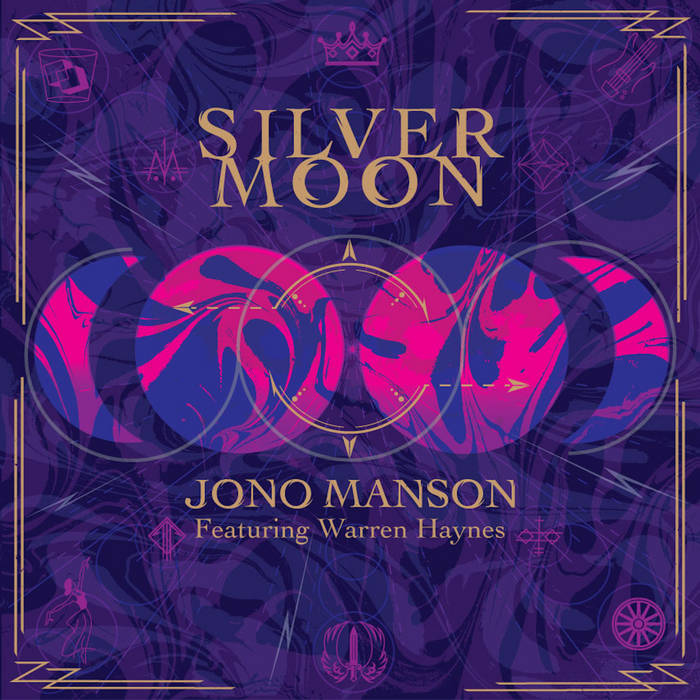 Here, masterfully accompanied by Jason Crosby’s Hammond B3 and Warren Haynes’ teardrop slide guitar playing, Jono sings: Like the moving clouds/Or the majesty of gravity/She pulls the tides/In ways we cannot see/Like departed souls/Who may show their face/At unlikely times/In a surprising place/So if you’re looking out/Underneath a pale blue sky/Like the morning moon/Sometimes they shine.
Haynes comments: “Silver Moon is a beautiful song. Playing on the recording reminded me of late nights playing together at The Wetlands back in the 90’s.”

And as the golden sun
Illuminates the great divide
She will slip away
Slowly, right before our eyes
If she disappears
Into the air
It doesn't mean
That she's not there

All around us, deep inside
Always more than meets the eye
Ever asking to be known
In the sky, in the bone

So, if you’re looking out
Underneath a pale blue sky
Like the morning moon
They sometimes shine

All around us, deep inside
Always more than meets the eye
Ever asking to be known
In the sky, in the bone

We weren't accomplished enough to copy the songs that we heard on the radio, so we had no choice but to make up our own”, says Jono Manson of his first band which he formed in 1968, at the age of seven. So began the career of this prolific singer/songwriter and veteran performer. ... more

Bandcamp Daily  your guide to the world of Bandcamp

Featuring Gary Bartz, 5 years of Rhythm Section Intl and an LP of the week by Nicolas Jaar